During the spring semester of 2020, along with a partner, I wrote an x86 kernel supporting most features necessary for a multitasking OS. We implemented the kernel from scratch in C and x86 assembly.

Unfortunately, booting it up again would take some build system work that I don’t feel like doing.

However, I found an old work-in-progress screenshot, running on an i5-6400: 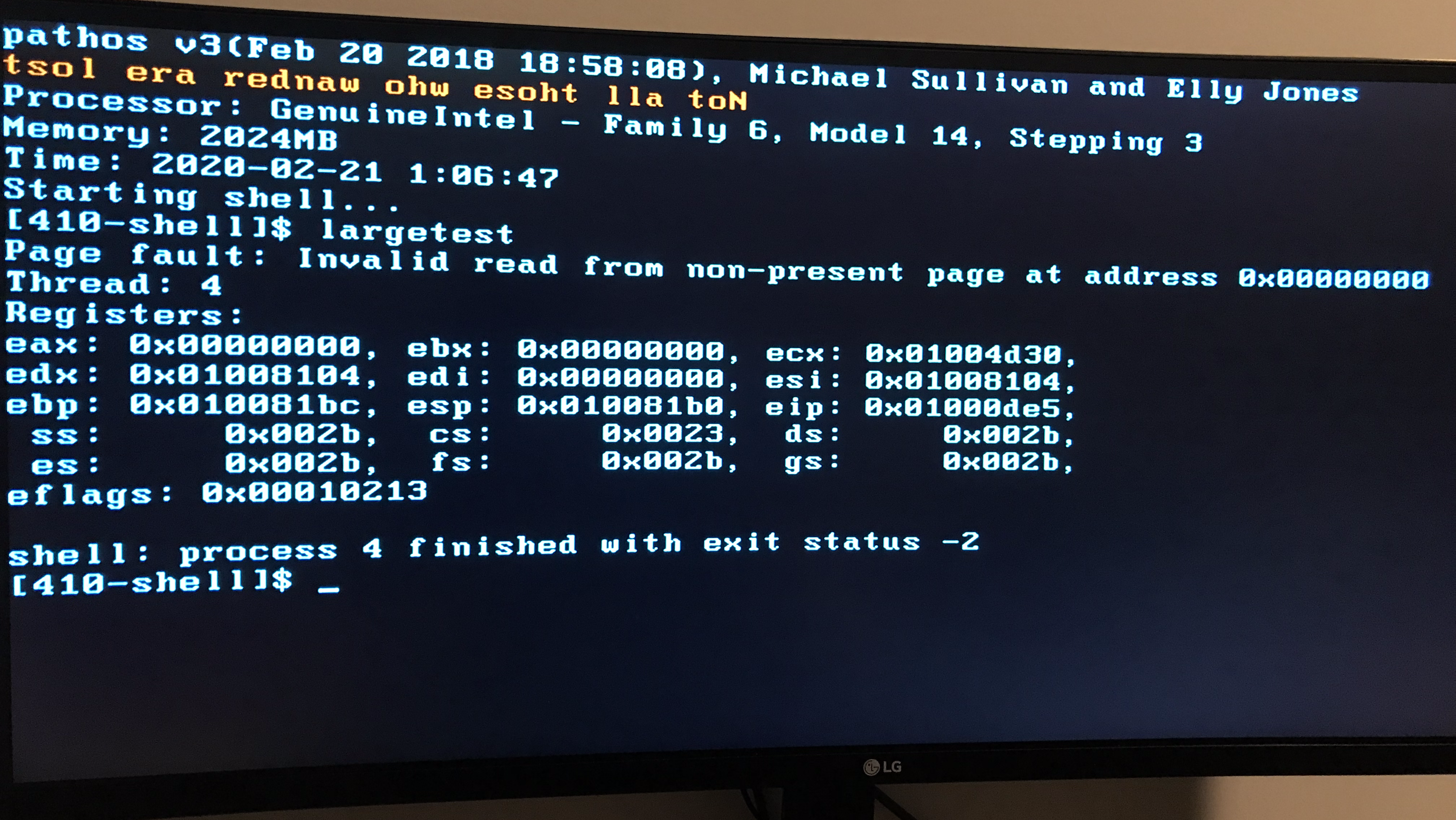